Tara Performing Arts High School is committed to an inclusive and welcoming environment for everyone; we extend the same rights and privileges to all prospective and current students. Tara does not discriminate on the basis of race, color, national origin, gender, gender expression, gender identity, sexual orientation, pregnancy, age, religion, disability, medical condition, marital status, citizenship status, military service status or other basis prohibited by law.

The ninth graders complete their blocks in History through Art with a week of museums, music and theatre. Accompanied by school directors and the eleventh graders, they negotiate ‘The City’ by subway, sample ethnic cuisine, and spend their days in the Met, the Frick, MOMA and other galleries. The academic focus of the trip is immersion in the essence of the subject they’ve already learned about at distance, and their experience of the art is deepened by this prolonged and personal contact. Evenings are filled with Broadway plays and the Metropolitan Opera. Afterward, students are asked to articulate their reactions to the theatre they’ve seen; through their participation these discussions, ninth graders begin to develop critical thinking skills.

“I love seeing variety, diversity. On this trip I was awakened to new possibilities – in art, in self-expression, and in ways of living.” – Ninth Grade Student 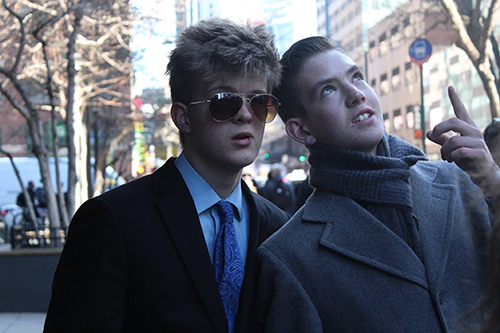 The tenth graders travel to Ute Tribal Park in southwestern Colorado as part of their Native American Traditions block. After a ten-mile hike into the canyon, the students experience the contrast between cowboy culture (saddled horses, chuck wagon food and cowboy tents) and Native culture and history, spiritual and universal in essence. At this critical time in their development, tenth graders find hope and inspiration in the Anasazi lands and reconnect to all that lies beyond themselves. 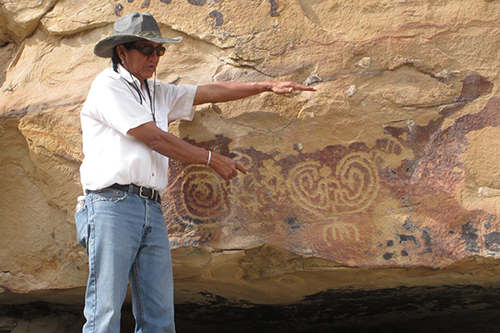 The tenth grade geology trip, led by Deer Hill Expeditions, is a 10-day experience in which lessons take place in areas of geological interest. The students raft the San Juan River, stopping at different sites for hiking and academic instruction. The trip also includes a service project at the Hopi reservation.

“Standing outside the tenth grade classroom window, I heard the kids singing the songs we sang on the Native American trip two years ago. I was immediately transported back to the canyon where I had spent five amazing days. I thought of hiking in relative quiet for miles until, led by our Native American guide, we came to a 40-foot ladder going straight up a cliff. I contemplated my choices: climb it and deal with my fear of heights or admit that as a young, outwardly strong young man, I was scared to death. I climbed it! The reward was indescribably awesome. We were in what is called ‘Eagles Nest,’ the home of ancient American tribes hundreds of years ago. There, among the sacred ruins, in a site not open to tourists, our guide sang a Native prayer for us. It echoed off the rock walls of the canyon as the crows answered with their calls. I will never forget that moment – never.” – Twelfth grade student 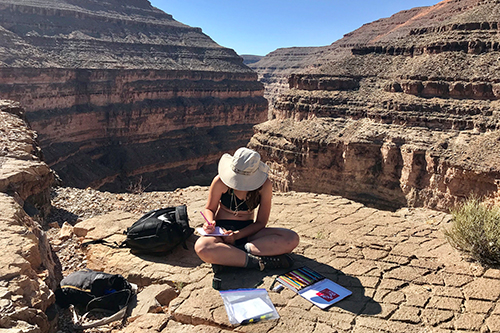 The eleventh graders complete their blocks in History through Music with a week of museums, music and theatre. Accompanied by school directors and the ninth graders, they negotiate ‘The City’ by subway, sample ethnic cuisine, visit galleries, and attend concerts. The academic focus of the trip is music: the students see an opera, take a backstage tour of the Met, attend a rehearsal of the New York Philharmonic and discuss the music and orchestral history with the musicians. Evenings are filled with Broadway plays. Afterward, students are asked to articulate their reactions to the theatre they’ve seen; through their participation in these discussions, eleventh graders continue to refine their critical thinking skills. 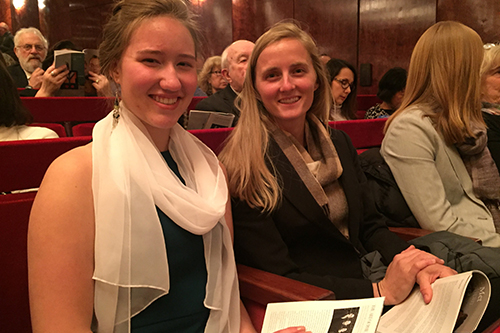 A Tara education culminates in a month-long trip to Austria and England. In Vienna, London, Stratford, Somerset/Wiltshire, and Cornwall, seniors get a chance to experience firsthand the history, art, music and architecture they’ve studied. As part of a culturally rich and varied itinerary, the group, led by Tara directors, stays in historic inns and homes, enjoys theatre, concerts and opera, and visits museums, abbeys, flea markets and even Merlin’s cave.
The Europe trip takes many aspects of the Tara curriculum and translates them into life, day by day, minute by minute. It connects the students with the ancient past and the not-so-ancient past and in so doing, works to prepare them for their future. Some alchemy occurs that makes this trip even more than the sum of its worthy parts. We are not a group of tourists; we are a group of teachers and students on an academic, cultural and spiritual journey. The result is learning and transformation, subtle yet powerful, and one of the final “destinations” of the four-year Tara experience.

“Looking at the world from the different perspectives in history that we have been shown has stretched my imagination, increased my understanding of what it is to be human, and opened up vast new possibilities for my life ahead.” –Twelfth grade student 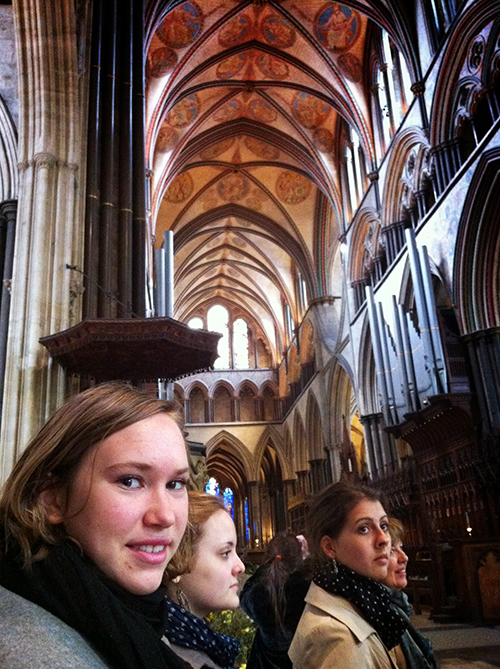 Close
Our extensive travel program reflects the concept of “Classrooms without Walls.” While these trips augment aspects of the curriculum, their greater effect is to connect our students to culture outside their familiar boundaries and to provide expansive experiences for mind and soul.
Top

During this week, eleventh graders learn about the life and times of Geoffrey Chaucer and the tradition of pilgrimages. Each evening, a story from The Canterbury Tales is shared; the next day, the students work on projects that delve deeply into the tales and participate in outdoor activities like hiking and soaking in local hot springs. The atmosphere is one of social creativity in the context of personal growth and active listening. The retreat is usually scheduled at the end of October, and goodhearted Halloween pranks and revelry abound.

One of the joys of being a Tara student is gaining a love for, and an understanding of, Shakespeare. This is no small feat; it comes from working on (and performing) a Shakespeare play in a manner that brings clarity to every word and every image, and an in-depth study of Hamlet. The Hamlet retreat takes place in a mountain home in Red Feather Lakes during the February Intensive. For one week, the play is studied all day long, and the material covered is equal to a three-week block.

“The Hamlet Intensive was probably my favorite academic block in all of the four years that I was at Tara. To be away from school for a whole week in the mountain cabin and do nothing but discuss Hamlet from morning until night was exciting, engaging and so satisfying. With the fire going and the snow falling gently outside, I was transported by our inspired teacher into the world of Shakespeare’s ideas, his language, his questions and his wisdom. I did not even want to stop talking about it at dinner!” – Twelfth grade student

At Tara, we view “transitions” as being as important as the actual subjects we focus on, and we spend a lot of time and thought making them meaningful. In this light, both the before-school senior retreat and the one at the end of the year after graduation are of utmost importance to the senior year.
At the beginning of the year, seniors travel with the Tara directors to a cabin in the mountains for a retreat lasting five days. During the week, there are group meetings every morning and individual goal-setting senior interviews in the afternoons. The class also has a group project assignment: to create an Andy Goldsworthy-style art project somewhere on the land from materials found in nature.

The final week of the Russian literature block is taught as an intensive in a retreat setting. The predominant focus of the week is the work of Tolstoy and Dostoyevsky. Daytimes are spent in discussions about the authors and the themes in their writing, while evenings are devoted to films about them. Students bring their laptops, and a part of each day is devoted to writing a short story in the style of one of the authors that they’ve studied.

The transition from experiences together into the next step in our graduates’ individual lives is of extreme importance to us, to our students, and to their parents. With this in mind, we go back to the mountains almost immediately after graduation and stay there together for one night and two full days.
The time we spend together in the mountains is traditionally divided into three parts: a review of the past four years, a celebratory meal together, and some fun, be it a good game, singing, dancing, etc. We conclude by talking with about the future and sending our graduates into the world with heartfelt wishes.
One of our graduates wrote us a letter about this retreat to share with future graduates. She said that the retreat serves as a “bookend” to the before-school retreat; the whole four-year Tara experience would not be complete without it.